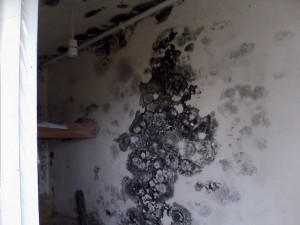 Landlords and agents should make tenants aware that their deposit will be at risk should damage to the property occur due condensation and mould.

In Ireland, condensation in residential property is mainly a winter problem particularly where warm moist air is generated in areas like kitchens and bathrooms and then penetrates to colder parts of the building. When the air gets cold, it cannot hold onto all the extra moisture produce by everyday activities, so some of this moisture appears as small droplets of water – most noticeable on windows or where there is little movement of air. If not properly dealt with, this extra ‘dampness’ can lead to mould growth on walls, furniture, window frames, even clothes.

Condensation and mould is a common problem. Older properties tend to suffer more than new ones, but rental properties are particularly prone. The problem is often a matter of degree: from a small patch of mould or discoloured wallpaper behind the wardrobe, in the very top corner of a bedroom, to serious amounts of mould growth across walls, inside wardrobes and on clothes, furnishings, carpets and in basements.

Many tenants live in older properties and have inadequate heating and ventilation and the average tenant will produce condensation through cooking, washing, internal drying etc. Condensation can lead to mould, a serious problem for both landlord and tenant because of the health risks associated with mould spores. The mould fungi have been identified as the source of many health problems, including infections, asthma, allergies and sinusitis. Moulds produce allergens, irritants, and in some cases, toxins that may cause reactions in humans.

Landlords and agents need to be aware of the potential problems which damp, excessive condensation and mould growth can cause and should take steps to minimise the risks. It is unlikely that rented accommodation can be completely condensation free, even a new one. However by keeping the property properly maintained and thinking about occupiers’ lifestyles, landlords and agents should be able to control it to acceptable levels.